As I bang out the Espresso Maker’s coffee grounds this morning, I remembered back to a basket at the local Starbucks. In the basket was large silver bags of used coffee grounds. A couple came in, grabbed all the bags and headed out to their car. Hmmm… they didn’t buy a coffee drink so there must be something to this ‘used grounds’ thing.

Turns out, many of your plants share the same passion for coffee that you do. They just happen to be picky about the grounds being front a particular part of the world or how many hours ago you ground those beans.

The next time you head to the trash can to knock the grounds out of the filter, consider saving those in a bag or can. Then, after a few days, sprinkle those grounds around your plants or mix them into a bit of compost (mulch pike if you have one). According to Starbucks.com – many plants seek out acids and will really wake up by having access to such a great source as coffee grounds. Roses in particular react well.

If you do have a compost pile, coffee grounds with their 20:1 Carbon-Nitrogen ratio creates great plant food. Do not allow the used grounds be more than 25% of the content. If you have too much acid from the beans, you can always a teaspoon of lime or wood ash per 5 pounds of coffee grounds. Rather than have to get into mixing chemicals, just don’t use so many grounds or add more leaves and straw.

Doing a little Web browsing research, I found that many folks claim ants and cats do not like areas that have coffee grounds in the soil. And… carrots seem to respond very nicely when their seeds are planted in soil containing dry grounds. Of course, your milage may vary, but why not give it a try rather than throw those grounds in the trash?! 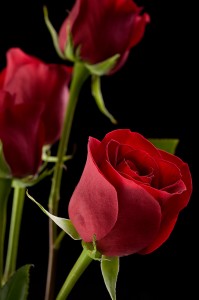