While the Keurig is not as sophisticated of a coffee system as the Tassimo, they do have an impressive line of K-Cup coffee offerings. The system treats each pod the same so the many providers of the coffee options pick and choose which of their line will work best with the system. Several brands offer many of their regular drip coffee versions, while others may offer just a regular and decaf.

Costco carries the standard machine, packaged with a few of the coffees on the market to sample which you may like best. They also offer large 80 K-Cup boxes of a few coffees. Most notable has been the Folgers Gourmet Lively Colombia (medium roast).

Also in the ‘big’ box is The Donut Shop Coffee from Coffee People. Well, they ‘did’ offer it, for a couple months. 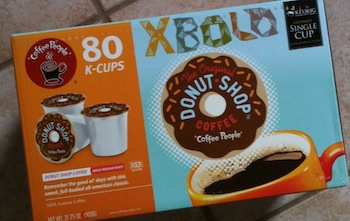 Many times at Costco, things appear and then go away a short time later. Sometimes this is because the offering isn’t as popular as hoped but many times it is because the product manufacture was just getting folks to try. Then, they pull the bulk product and the only place to buy is in smaller quantities for more money in regular retailers.

There is actually still ‘Donut’ K-Cup coffee at Costco, but it is “Donut House” Coffee. 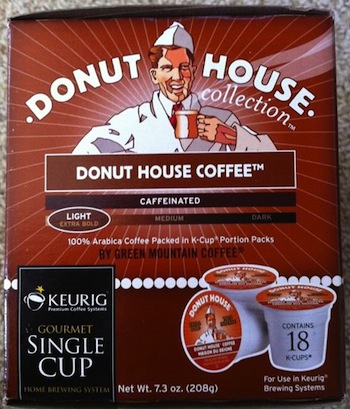 There is nothing wrong with the Donut House compared to the Donut Shop coffee… we just found it interesting that Costco stopped a coffee and replaced it with a very similarly named product. 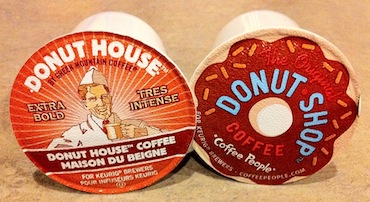 For those that care, the Donut Shop is a bit ‘stronger’ tasting, while the Donut House is more ‘bold’. Both are fine… and it’s always great to have new options to try.

As a side note, if Donut Shop did do a bit of test marketing at Costco, it worked. In a visit to Crate and Barrel this weekend, the K-Cup area had only the Decaf version of the Donut Shop coffee left. The counter person said the regular option is always out of stock due to popular demand, now.

The Ember mug isn't just an insulated mug, tech keeps the drink at a particular temp